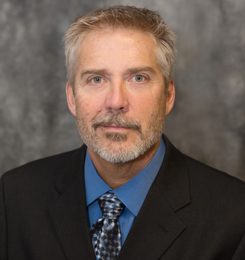 Dr. Stephen J. Parazin is an orthopedic surgeon at New England Baptist Hospital (NEBH). He is the former Chief of Spine Surgery at NEBH, and serves as Chairman for the Spine Implants Committee. He is active on several other committees, including contracts and finance, infection control, and operating room products evaluation.

In addition to his work at NEBH, Dr. Parazin is an Assistant Clinical Professor at Tufts University School of Medicine, a fellow of the American Academy of Orthopaedic Surgery and a member of the North American Spine Society, the AMA and Massachusetts Medical Society.

In 2011 and 2012, Dr. Parazin was named to US News & World Report’s prestigious annual Top Doctors list. He was accorded the same honor when he was recognized by Boston magazine as one of the area’s finest orthopaedic surgeons in 2010, 2011 and 2012. Dr. Parazin has also been honored three years in a row by his patients with a Patient’s Choice recognition award, an honor reflecting the difference he has made in people’s lives. Of the nation’s 720,000 physicians, less than five-percent are accorded this honor. He received the award in 2008, 2009 and again in 2010.

An expert in spine surgery, Dr. Parazin lectures extensively both nationally and internationally, and is also on staff at King Edward VII Memorial Hospital on Bermuda where he regularly performs spinal surgery.

University of California at Irvine College of Medicine, 1993