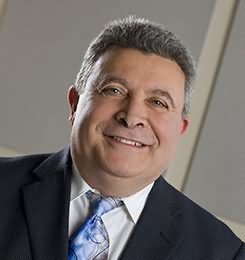 Dr. Jihad E. Hayek is Chairman of the Department of Pathology at New England Baptist Hospital (NEBH), a position he has held since 1997.

In addition to his work at NEBH, Dr. Hayek holds memberships in several professional societies, including the New England Society of Pathologists. He has collaborated on a number of books, including Gastrointestinal Mucosal Biopsy, and is currently involved with studies on the prostate carcinoma.

Dr. Hayek is Board Certified in Anatomic and Clinical Pathology. He received his medical degree from Saint Joseph University in Beirut, Lebanon.

American Board of Pathology (Anatomic and Clinical Pathology)